In today’s article you will learn what are the main differences between the 3 main types of deadlift grips and which one is the best to use.

Let’s start with the simplest one. 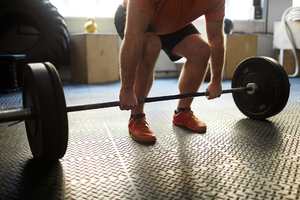 The Double Overhand Grip is the most common and widely used grip when performing a deadlift.

If you stop 15 people in the park and ask them to perform a deadlift, I can guarantee you that most of them will go for this grip, as it’s very natural.

The double overhand grip builds your forearms and your grip strength since you have to keep the bar from rotating.

This grip is perfect when warming up or performing lighter sets. However, when you want to go heavy you will have to add straps or change your grip. 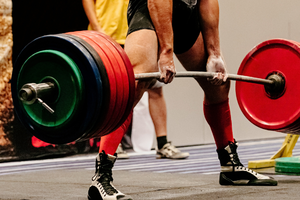 The Mixed Grip is perhaps the most controversial grip for several reasons.

As the name suggests the grip is mixed because one of your hands is placed over the bar and the other is placed under it.

But why is there any controversy?

First, with super heavy loads there is a risk of tearing your biceps.

Second, there are some studies that found that there is a possibility of imbalances between muscles if the same mixed grip is constantly used. To mitigate this you have to switch your grip on every set or on every deadlift session to keep muscle imbalances at a minimum.

Third, some people round their backs more when performing a deadlift with a mixed grip, which can lead to lower back injuries.

You can certainly lift more with a mixed grip compared to the double overhand grip since the bar will have a harder time rolling in your fingers. 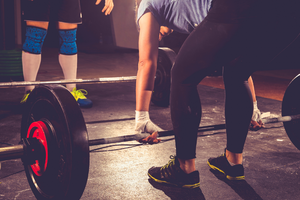 For many athletes, this is the best grip out there because it is stronger than the double overhand grip and doesn’t cause imbalances such as the mixed grip might.

To perform this grip wrap your thumb around the bar and then wrap your fingers onto your thumb.

Keep in mind that you won’t feel very comfortable at the beginning but you will get used to it.

The Hook Grip is considered safer than the mixed grip and it is used by many lifters. 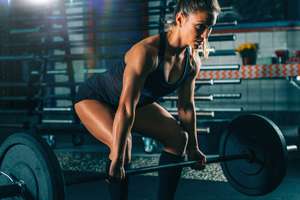 This is probably the strongest strapless grip you can use on a deadlift, the bar will sit firmly in your hands and you will be not be limited by grip strength.

Remember to alternate your grip every few reps to avoid imbalances, and as in all things CrossFit you should use all the grips – variety is important as it changes the training stimulus.

CrossFit Leman is one of the biggest "boxes" of Switzerland [...]

We will announce our next event really soon. Stay tuned! You [...]

Workout of the Day